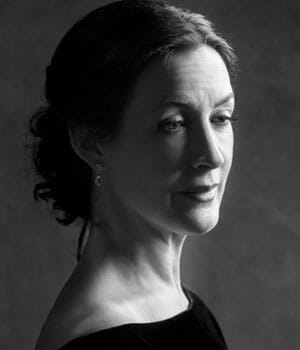 Kalie Lasley has an extensive background in ballet, including time spent as a professional with San Francisco Ballet, and has had the benefit of learning under leading dancers and instructors. This training has resulted in her ability to teach ballet technique with true excellence and grace, while nurturing her students personally, moving them continually forward in love for the arts, especially dance, within their individual skill levels.

Kalie is an ABT® Certified Teacher, who has successfully completed the ABT® Teacher Training Intensive in Pre-Primary through Level 6 of the ABT® National Training Curriculum.

Kalie was raised in Hermosa Beach, California, where she began dancing at age five. Her primary instruction was in the Cecchetti Method working through student and later teacher’s exams, under Germaine Ballou, of the Denishawn Company, who is also credited with bringing the Cecchetti Method to California. Germaine Ballou, who had trained and performed with Ruth St. Denis and Ted Shawn (known for the introduction and proliferation of the modern American dance movement after the turn of the century) for many years, utilized both the original Denishawn choreography coupled with ballet technique to develop a solid foundation.

Kalie went on to the Stanley Holden Dance Center in Los Angeles, where she studied with Stanley Holden and Margaret Hills, formerly of the Royal Ballet and Catherine Baird, CCA, RAD, ISTD. At fifteen, while continuing her own training and performing for local companies, Kalie began to teach ballet at California State University, Dominguez Hills in their extended programs. She was privileged to spend her summers dancing at the San Francisco Ballet and later went on to dance there professionally.

After an injury necessitated an early retirement, Kalie and a fellow student of Germaine’s inherited her dance school, where she then began to enjoy the slower pace of teaching ballet to a new generation of dancers and continuing her education as an instructor with several master teachers.

Since her family’s move to Virginia in 1994, Kalie has continued to teach ballet classes at area studios, but has always had the heart and vision to open a unique kind of school, in which both artistic excellence and personal character in the students and their instructors are paramount in everything learned, taught and performed.

The growing Lasley Center for the Performing Arts was birthed with those lofty goals in mind, and in response to the needs of students and parents looking for a special place to experience the performing arts in Northern Virginia.