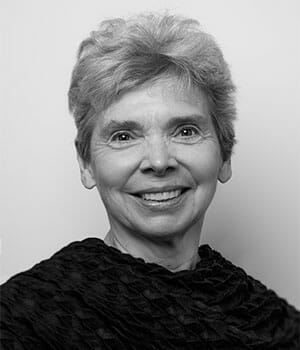 Connie Weis O’Mara began her dance training 46 years ago, and has been teaching 38 of them. She has performed with a number of local choreographers and was a long-time member of the Kathy Harty Dance Theater, performing regionally, including at the Kennedy Center’s Terrace Theater. Connie has taught at Arlington Center for Dance (now Ballet NOVA), the Cuppett Performing Arts Center, and as a guest instructor in the Netherlands. Connie’s training has focused on the great modern dance innovators of the 20 th century, especially, but not limited to, Martha Graham. She received intensive training while performing with long-time student of Martha Graham, Kathy Harty Gray, and has studied and continues studying with former, as well as, current members of the Martha Graham Dance Company. Connie also has studied at the American Dance Festival, learning from some of the great modern dance performers, such as the Paul Taylor Dance Company.

Connie holds an A.B. in Sociology from Miami University of Ohio. She was honored with a scholarship to study at The University of Chicago, where she completed a M.A. in Urban Studies. She was awarded a scholarship to study with the Joyce Trisler Danscompany (NYC) and with Jan Van Dyke at the Dance Project (Washington, DC). Connie also has received an award for choreography from DMA (Dance Masters of America). Several of Connie’s graduating students have gone on to get degrees in dance from highly respected college dance programs. In addition to dance, Connie is a long-time yoga instructor. She continues studying yoga and has taught workshops using yoga to help dancers avoid injury.